Cannon Law PLC has successfully represented parents throughout the State of Michigan against false allegations that prompted a Child Protective Services investigation.

Because the identity of a person reporting an allegation of abuse to CPS is confidential, innocent people may become the subject of false allegations. When you are accused of mistreating your child(ren), it is imperative that you seek the representation of an experienced, aggressive attorney with a proven track record. Do not make the mistake of trying to navigate the investigation on your own. CPS workers are trained investigators. Their job is not to advocate for you against false allegations. Their job is to make a finding as to whether or not a preponderance of evidence exists establishing abuse or neglect.

You may innocently implicate yourself by speaking with a CPS investigator. Based on our experience, having an attorney at the onset of the CPS investigation can prevent the State from removing your children.

If your children have already been removed and you are awaiting a trial, Cannon Law PLC has a proven history of getting children returned to their parents swiftly. Depending on the circumstances, the matter may require a trial or a negotiation with the Department of Health and Human Services/CPS.

You should also not make the mistake of hiring an attorney who does not specialize in Child Protective Services Law. Just because an attorney specializes in family law does not mean they understand the ins-and-outs of CPS and the foster-care system. Cannon Law PLC does specialize in this area of the law having successfully defended and exonerated parents facing the system. We have had success in following type of cases: 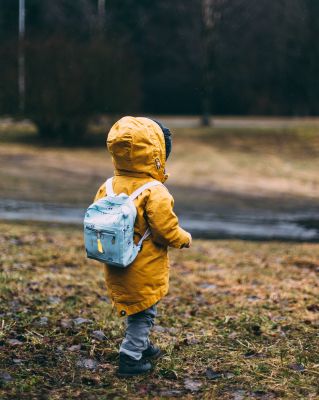 When CPS or the Department of Health and Human Services receives certain reports, the Child Protection Law requires them to make law enforcement notifications. As a result, it is not unusual for an individual facing a child protective services investigation to also face a police investigation. When CPS receives an allegation of sexual or physical abuse, they will likely notify the police department in the city where the child resides. The police department will decide whether or not they will also become involved. If the police become involved, they will work with CPS. They may want to interview you with the CPS worker. Make no mistake, while CPS is investigating your home environment and your children, the police are there to determine whether or not a crime has been committed. The information you provide the CPS worker will be relayed to the police.

If the police department decides to investigate the matter, this is a separate matter from the CPS investigation. The police and CPS often work side-by-side. They may schedule an interview of your children with a trained forensic interviewer. You are not allowed to be at the interview. The police will want to interview you as well. They have basic questions to ask you, and will ask you questions about the allegations. By law, you have a right to know the allegations against you at the time CPS contacts you. Often, CPS will withhold the specific allegations against you and wait to meet you for the interview. This results in a parent attending a meeting with CPS without being able to be prepared. It’s a mistake to not prepare for a meeting with CPS.

The police become involved because they believe a crime may have been committed.

You should understand the purpose of their investigation is to determine whether or not they will ultimately recommend to a prosecutor if you should be charged with a crime. While you may be facing false allegations, the police are not there to advocate for you.

If you are charged with a crime and CPS has removed your children, because of a false allegation of abuse, you will need an attorney who can handle both the criminal charges as well as the CPS matter. 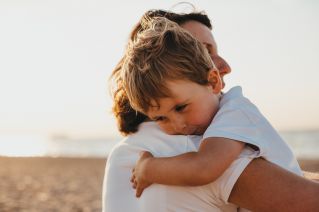 Sadly, it is not uncommon for people involved in high-conflict custody disputes to also trigger a CPS investigation. In fact, the problems you are experiencing with your spouse or ex-parental parent may be the cause of the CPS investigation.

Cannon Law PLC has the special ability to handle your family law needs while simultaneously addressing your CPS investigation. Parents sometimes try and use the CPS system to take custody from another parent. In these situations, it’s very important you have a family law attorney who understands the CPS/child welfare system and who can take action on your family law case in a way that protects your parenting time, and the relationship you share with your children.

As seen on Channel 7 WXYZ :

If CPS has called, you should consult with an attorney as soon as possible. You don’t want to risk losing your children and/or your parental rights.

Oakland, Wayne, Macomb, Livingston and Monroe Counties, and the entire State of Michigan for Child Protective Services and Termination of Parental Rights matters.